Oscar Voter to Academy: I'm "No Longer Proud to Be a Member of This Organization"
That Time David Bowie Auditioned For A Role In The Lord Of The Rings 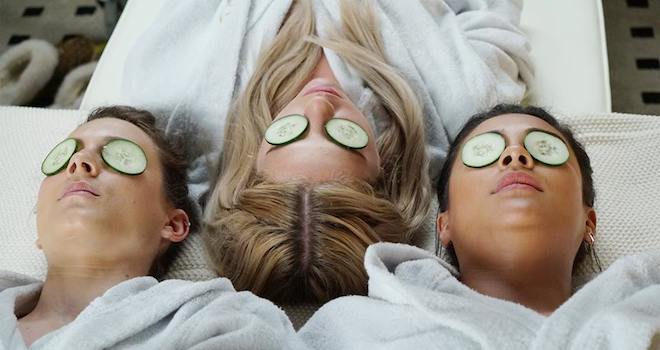 First of all, slow-claps, Freeform. “Pretty Little Liars” continues to be the best show on television, despite the fact that ABC Family has mutated into some vague version of what we’re accustomed to.

This week, everyone’s favorite drama-fest served up a plate of good times – aside from whatever is going on with Ezra’s facial hair. That is a distinctly bad time. Find out what happened with Spencer and Caleb’s blossoming relationship below, plus details on the reemergence of A.

Spencer and Caleb Are Totally Making Out, It’s All Happening, etc

Look, we’re all trying to pretend like this isn’t a thing, but Spencer appears to have some sort of weird crush on Caleb, despite the fact that he’s obviously in love with Hanna and the fact that hdjsahdjsak, what is even happening, PLL writers?!

For some insane reason, Spencer decides to tell Hanna about her Caleb Feels (terrible idea, nope), and for an even more insane reason, Hanna gives her seal of approval. But wait, it gets more painful: Caleb is totally crushing on Spencer, and they definitely make out after he sensually strokes her hand for a solid ten seconds. Are we kinda into it? Do we hate it? Not sure, too many emotions to process.

Curious to know what’s wrong with Emily? Turns out she’s so broke that she decided to donate her eggs, a fact that Hanna finds out when she discovers Em shooting a giant needle into her leg. Just some casual hormones, don’t worry about it!

Meanwhile, Sarah Harvey literally won’t leave Emily alone, and Spencer reveals that she hates the liars due to the fact that they accidentally electrocuted her the night A was captured. Apparently Sarah can’t use her hands due to said electrocution, so perhaps her grudge is understandable? Either way, the struggle.

Ezra Is Not a Killer, Or So He Wants Us to Think

Pray for Ezra. This tragic man has taken to day drinking because his girlfriend was abducted and killed (seriously, what, someone explain), and he just can’t get it together to write his book. The good news? Aria’s basically writing it for him. We’re not sure if this is plagiarism, but it’s definitely weird. What else is new?

Meanwhile, the liars are still convinced that Ezra murdered Cece due to the major serial killer vibes he’s projecting, and he’s super offended. Who knows what to believe, but Ezra’s in a very dark place. All we really know at this time is that Aria uttered the sentence, “Ezra likes small women” in utter seriousness in this week’s episode. Do with that information what you will.

Remember when Hanna deleted footage of Aria leaving her hotel so she wouldn’t be implicated in Cece’s murder? Well, now Ashley Marin is taking the blame due to being said hotel’s owner. Ugh, kids, right?

Fortunately, Lucas shows up (LOL, oh right, him) and after announcing that he’s a tech genius living in Palo Alto, he agrees to give the girls an alibi for the night Cece was murdered. Said alibi is hugely unconvincing, but you know, at least he tried.

Most importantly, there appears to be a new A in town, only now he’s signing texts with a devil emoji face. Is this a “Scream Queens” crossover that no one told us about…?

Now Disneyland Resort Is Dealing With Break-Ins During Closu...

Now Disneyland Resort Is Dealing With Break-Ins During Closu...